Fulqrum Publishing and Best Way today released the second instalment of the Men of War II dev diary video series, in which Andrey Geleta, Game Designer at Best Way, details some of the exciting gameplay innovations that players can expect in the highly-anticipated RTS follow-up.

Built using a significantly redesigned and modified Gem RTS engine, Men of War II will give players much more freedom than previous instalments in the franchise, allowing them to tailor the experience to their own personal playstyles, while enhancing the battlefield with dynamic new features which have been brought to life with new high-resolution (up-to 4K) effects, animations, and immersive sound design.

One new feature is the ‘Frontline’, which divides the entire map into two parts - the territory that belongs to the allies and the territory that is occupied by the enemy. This is constantly in flux, and can dramatically influence the course of events since players will have access to different options and abilities based on which side of the ‘Front Line’ their units are on. AI has also been enhanced and balanced in line with the new mechanics, ensuring that it will intelligently counter the player, giving a deeply satisfying gameplay experience.

Multiplayer modes have been completely overhauled and almost entirely rebuilt from scratch, bringing a suite of options to the game, including tournaments, leagues, personal ratings, customisable lobbies, dedicated servers and more. One key addition is auto-reconnect, that will return players to the battle if they experience any connection issues.

Competitive matchups can be played in a variety of modes from 1v1 to 5v5 - the latter of which will emphasise teamwork, as each player will have their own specialisation depending on their choice of battalion. For example, one may focus on infantry, another on tanks, and a third in artillery. Furthermore, all battalions have been perfectly balanced to make every multiplayer battle unique.

Mod support also returns to Men of War II, which will ship with its own unique set of mod tools, giving players the opportunity to flex their creativity as they create anything they wish. 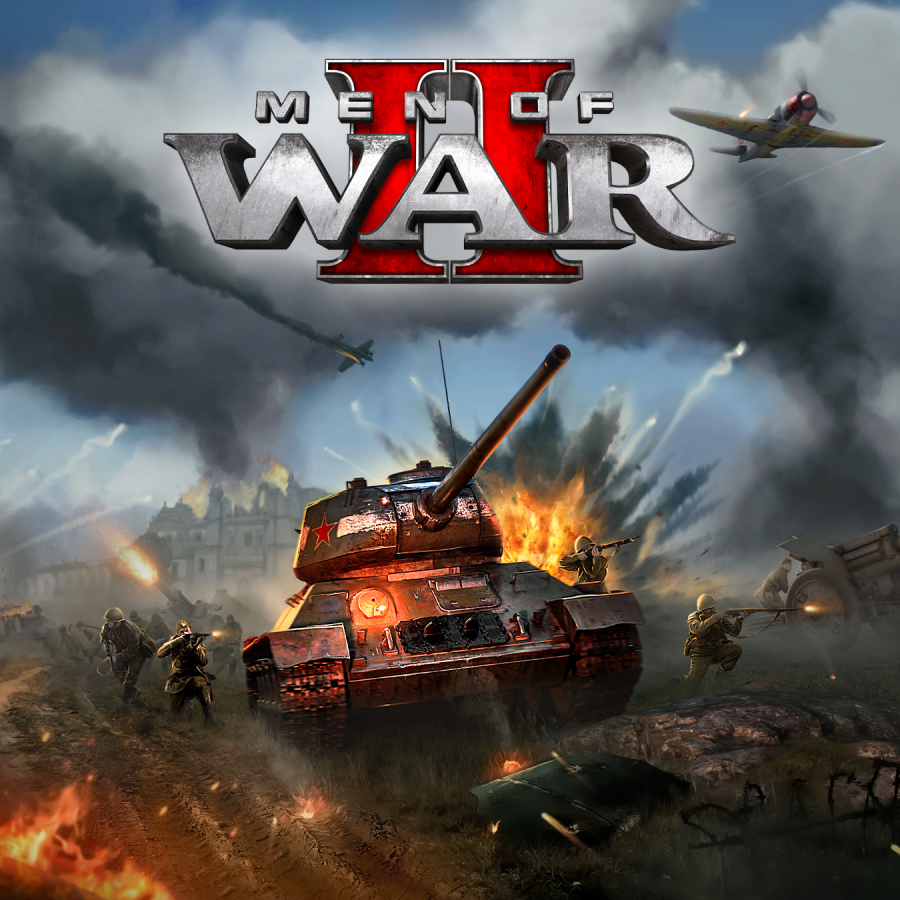