• Critically acclaimed tactical game in the best and most-up-to-date version
• 50 singleplayer missions
• Over 60 multiplayer maps for matches of up to 8 vs 8 players in Assault Zone Extreme mode
• Improved controls, UI and squad management
• Support for user modifications and full Steam Workshop integration
• AI bots for multiplayer
• Replay functionality
• Includes over 20 large updates with hundreds of tweaks, fixes and enhancements

Men of War: Assault Squad 2 – Complete Edition is set to be released digitally on September 17th 2015, for suggested price 39.99 USD.


Press materials are available on the official website www.menofwargame.com

Men of War: Assault Squad 2 – Complete Edition includes both previously released DLCs, which brought not only new missions, but also enhanced features like AI bots for multiplayer or replay functionality.


More information and press materials about Men of War: Assault Squad 2 can be found at the game's official website: http://www.menofwargame.com


About 1C Company
1C Company specializes in distribution, publishing and development of business, entertainment and educational software. Founded in 1991, 1C has become the largest publisher and distributor of computer and video games in Eastern and Central Europe. 1C Company is widely acknowledged as a game developer and has several internal studios. Internal development of 1C includes IL-2 Sturmovik series and Theatre of War series. 1C Company works as a publisher and producer with over 30 independent development studios and has produced over 100 projects for PC and consoles including titles like Rig'n'Roll, Space Rangers, Soldiers: Heroes of World War II, Faces of War, Men of War series, Perimeter, Fantasy Wars, Death to Spies, King’s Bounty series, Off-Road Drive, Real Warfare 2: Northern Crusades. In 2012 1C Company launched its iOs apps series for iPhone & iPad.
For more information on 1C please go to our website at www.1cpublishing.com
The statements contained in this release that are not historical facts are forward-looking statements. The Company cautions readers of this press release that a number of important factors could cause the 1C Company’s actual future results to differ materially from those expressed in any such forward-looking statements. 1C Company and 1C logo are registered trademarks of the 1C Company. All other company names mentioned herein may be trademarks of their respective owners.
Copyright © 2015 1C Company. All Rights Reserved. 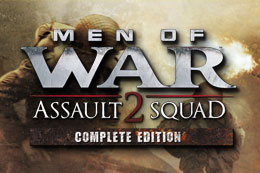