• Replays of your multiplayer matches and the ability to save, load and share them with others on Steam Workshop
• 3rd person direct control feature
• 5 new singleplayer skirmishes in which you fight as a veteran tank crew via the new 3rd person controls


The new screenshots from DLC are available on the official website www.menofwargame.com and can be also downloaded here: https://dl.dropboxusercontent.com/u/84944792/Screenshots.zip 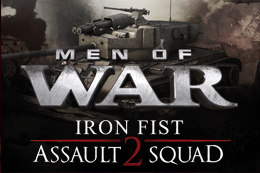