A grand strategy game about leading a secret society that has ruled humankind from the shadows for centuries. Rewrite history as you pull the strings of fate and spread your influence across the globe, shaping the world's nations and future to your will from the 18th century to the present day.
Welcome to The Brotherhood. While the rest of the world goes about their mundane, daily lives, you plot and act from the shadows, leading a centuries-old secret society. Pull the strings of fate as you influence the present and future on a global scale, reconstructing the whole world to your liking.
Taking the form of a grand strategy game, Secret Government tasks you with managing your resources as you manipulate the actions of the world’s leaders. From strategically planting your agents in vulnerable regions, to infiltrating powerful institutions of authority, anyone can be your pawn as you exploit their resources and seize control over key decision-makers.
Follow the Brotherhood’s shadowy rise to power and the grand ambitions that drive it, all while contending with a hostile secret organization with equally lofty goals... 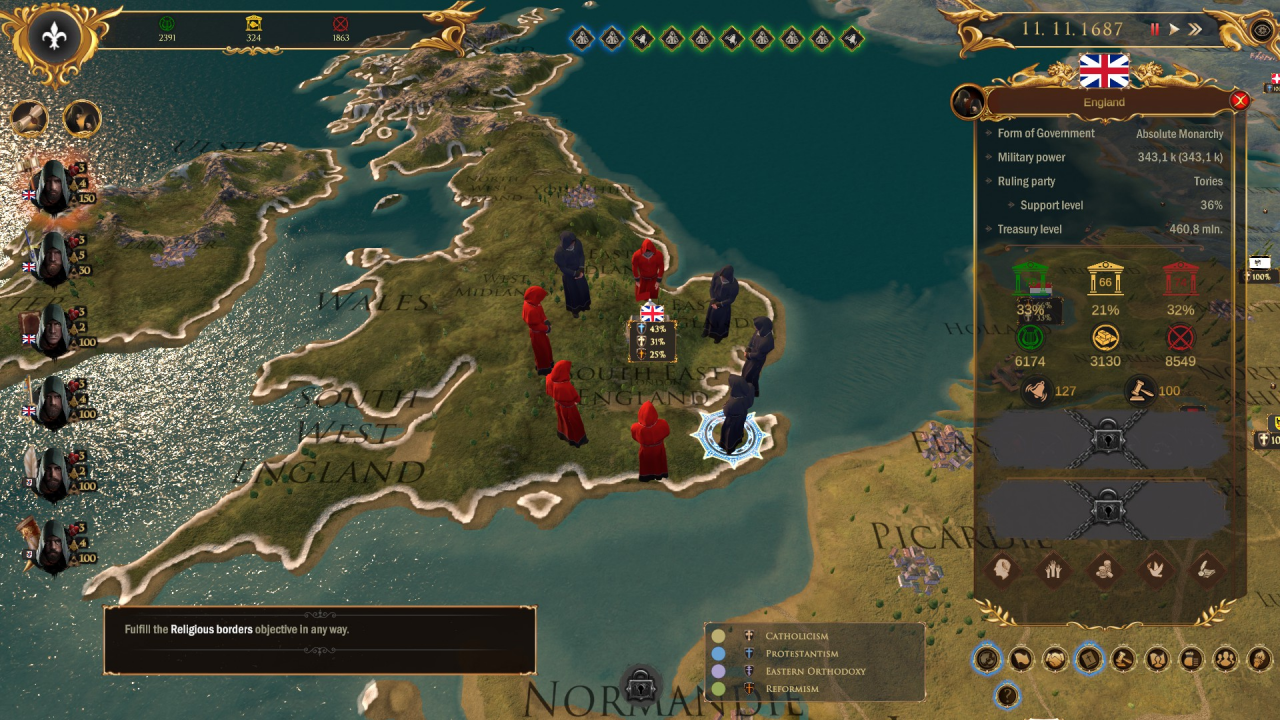 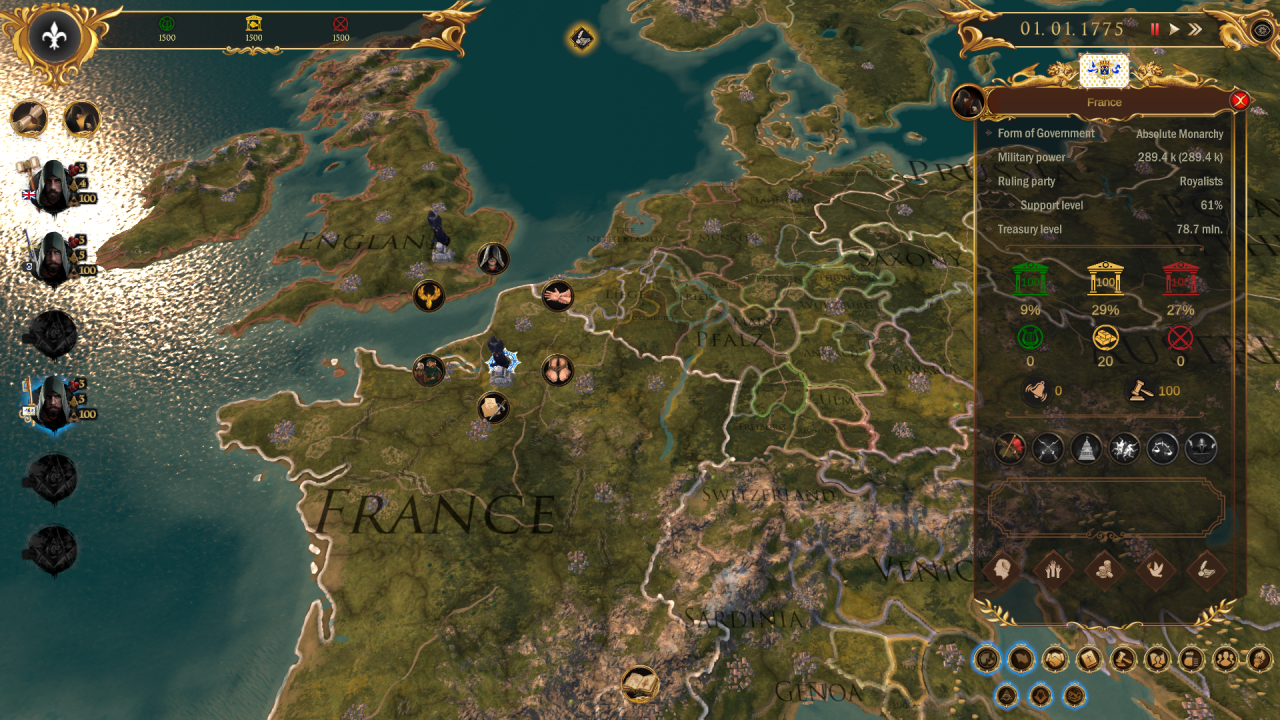 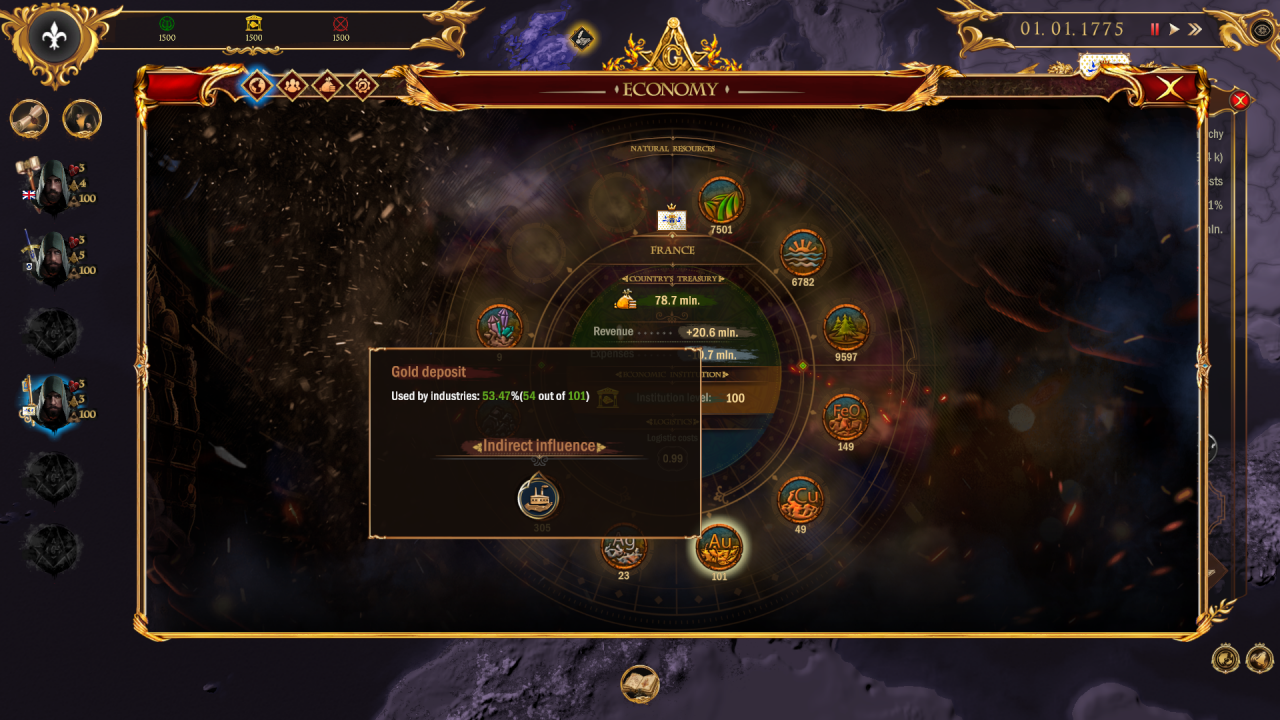 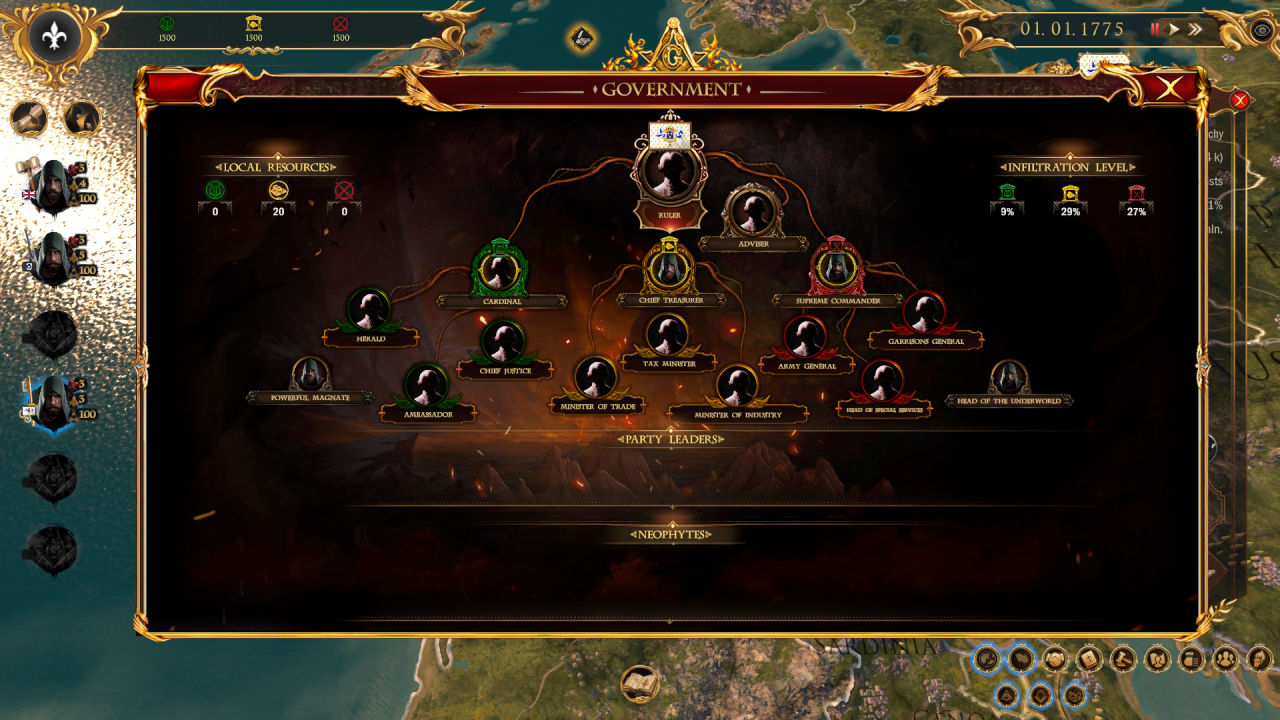 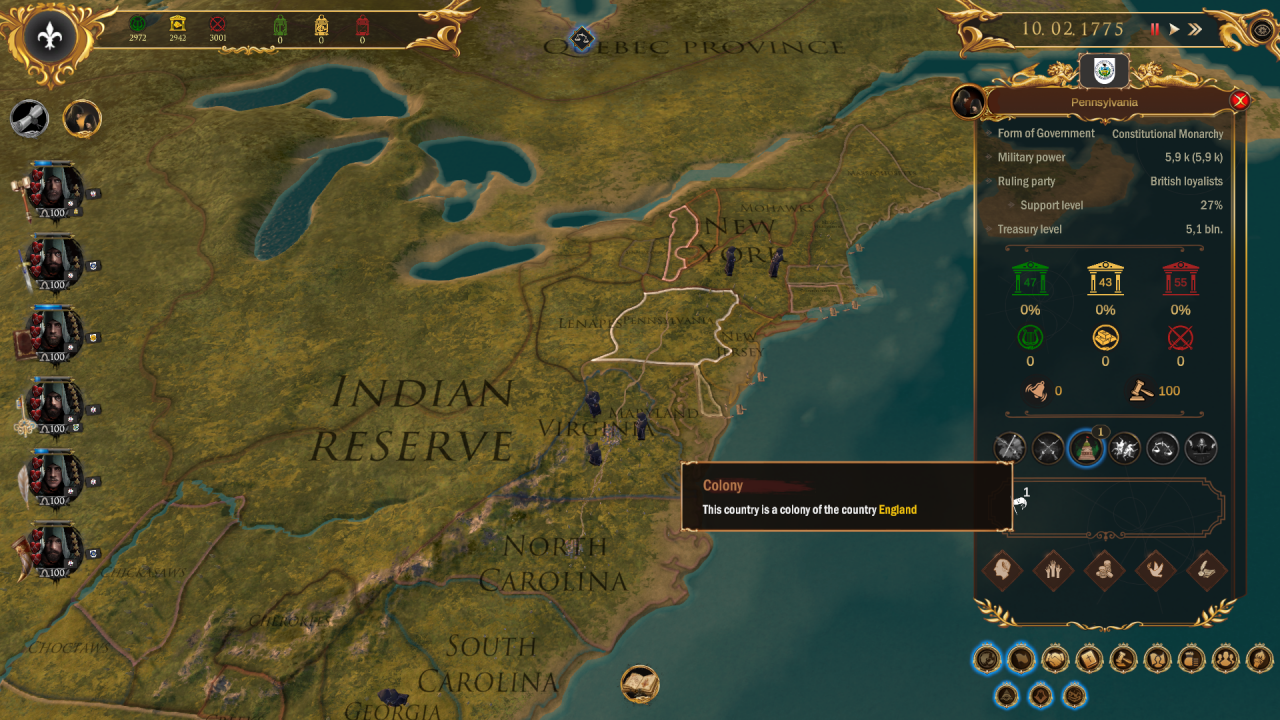 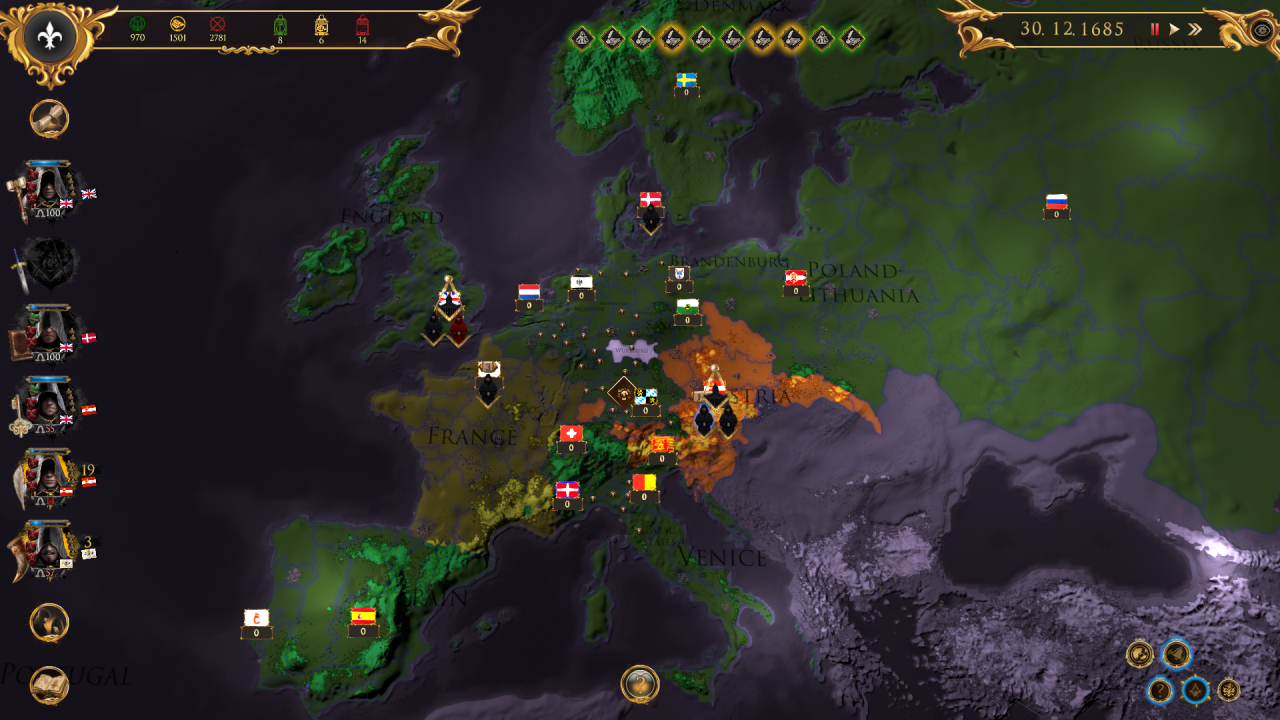